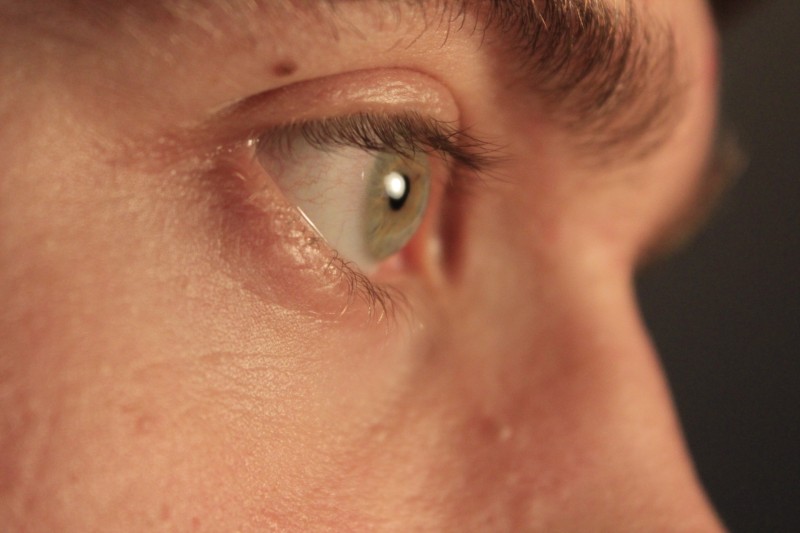 At that time I will search Jerusalem with lamps and punish those who are complacent, who are like wine left on its dregs, who think, ‘The Lord will do nothing, either good or bad.’

For the last three weeks I have been reading C.S.Lewis' , an amazing book where the author also of well known Narnia explains his objections on miracles. He quite simply leads you to a point that makes it plain how every rational mind has to be labeled as supernatural. In fact that is wy I chose the picture of my eye focused on something. Every rational thought in our minds, if indeed it is rational thought, has to be considered supernatural and so proves that miracles (defined as supernature coming into nature) are indeed possible. But I don't claim to point it out as plainly as Lewis did. Read for yourself one of his amazing books. Especially if you feel like, there might be something beyond what science can explain even though don't feel confident to bring that idea to public discussion. In that case is definetely a read to be considered.
My mind has been very crowded with different Ideas and stories in the weeks past. That is why I did not publish an article for some time. There have been longer periods of silence than this one before, Yet I want them to be way shorter in general. There is lots to say and if it is only a cross reference or a short update on how my life is going.
Right now I am at my aunts house in Haßfurt a peaceful village. The university is closed for the non-lecture period and I am using the time to visit some relatives before I get back to studying computer science and computer linguistics back in munich at the LMU.
I also just moved back in with my parents after having moved out only ten months ago. That was because my roommate left the town and the contract with our landlords was cancelled. A fun story anyway: Even though I was forced to leave the appartment it was actually what I had wanted to do. Of course there were other options like asking a friend to move in with me which would have been great. However I think that it will work out best as it worked out now.
To jump back to the main point of this article I'd like to share a short account of the most amazing miracle that I witnessed up to now. I have shared it before in a video about my person on Youtube. I just realized that the video is not in english, so I will have to share the account of the occasion here anyway:
It was a sunday morning on a church retreat weekend. It was also my birthday. I stood in the worship time of the service and my mind wandered of. I have to admit that my imagination was filled (not to say obsessed) with the game minecraft which is my favourite computer game. And in that game there is a particular material called Obsidian that has a purpose in the game but not in The real world. The material itself is a real one though. What I thouhgt was, how nice it would be to have a necklace with a cross made of Obsidian. And That was it. OK that is not even as bad, actually a religious thought in a sense.
The miracle was that later the same day my mom gave me a birthday present and guess what it was!
I'd appreciate to read your thoughts or questions on the topic and also on this particular event if you please. Be blessed!